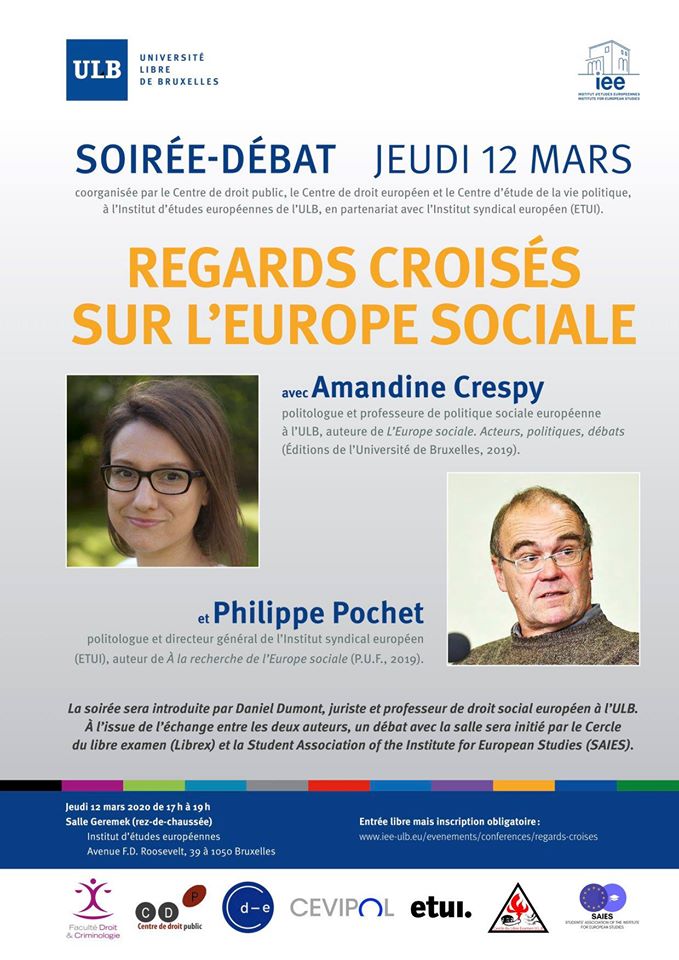 In early 2019, two political scientists of the Université libre de Bruxelles – prof. Amandine Crespy and Philippe Pochet, managing director of the European Trade Union Institute – each published mere weeks apart and without concertation a reference work on Social Europe. These concurrent publications came at a time where the old project of rebalancing social and economic priorities was given new impetus by the Juncker Commission (2014-2019), after having taken a back seat following the eastward enlargement in 2004 and the multiple crises the EU has known since (financial crisis, migration crisis, rule of law crisis, …). In the context of a new presidency for the EU Commission and intensifying euroscepticism, it is necessary to organise a meeting between the two authors, in order to confront both visions.

Firstly, Amandine Crespy and Philippe Pochet will discuss in turn, in good faith yet without complacency, the book of the other author. While both accentuate the historical and socio-political dimension of Social Europe, they tell a different story. In order for the exchange to be accessible to all, prof. Daniel Dumont will introduce the discussion by didactically reflecting on the state of European social policy.
Afterwards, representatives of student associations Cercle du Libre examen (Librex) and the Student Association of the Institute for European Studies will animate the debate between the authors and the floor.

This convivial evening is destined to everyone who is interested by the questions of Social Europe and the future of the welfare state.