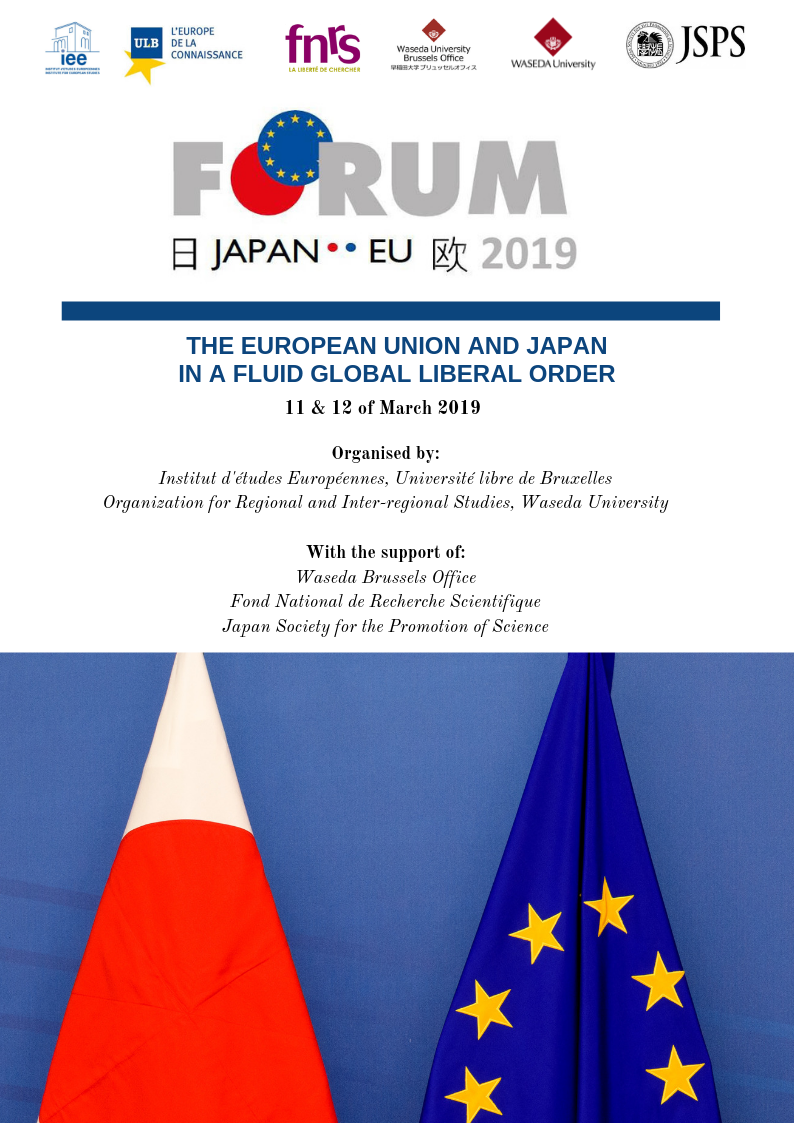 The Institue for European Studies of the Université libre de Bruxelles (ULB-IEE) is proud to host the 21st annual EUJapan Forum. Launched one year after the 1992 ‘The Hague Declaration’ institutionalising the EU-Japan partnership, this series of academic gatherings the ULB-IEE has consitently organised for over two decades has emerged as one of the primary venues for academic debates on the EU-Japanese partnership.

The two-day Forum will involve some 24 EU-based scholars from 7 European universities and 23 Japanese scholars from 6 Japanese universities. Overall, the debates at the Forum will reflect the associated projects’ three theoretical research groups, as well as its four transversal case studies. The event will involve :(1) 8 topical panels, (2) 2 PhD workshops, (3) 1 policy forum, (4) and a public keynote. Ultimately, discussions at the Forum are expected to lead to a series of joint publications over the course of the coming years.