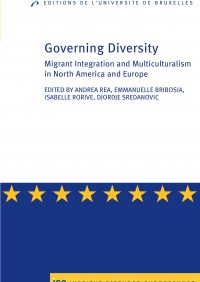 During the 2000s, the European Union has witnessed a significant change in terms of integration policies for immigrants. Countries like Sweden and the Netherlands, who were both pioneers of multicultural policies in Europe both significantly limited such policies in the late 1990s. Restrictive measures, requiring higher levels of integration in order to access and maintain legal statuses, have been enacted by most Western European countries since then, especially after 9/11. In October 2010, in a very polemic context on immigration and immigrant integration, the German Chancellor, Angela Merkel, announced that Germany was to be considered a multicultural failure, words that were soon echoed by the Belgian Prime Minister Yves Leterme, the British Prime Minister David Cameron and the French President Nicolas Sarkozy. These sensational statements, which by and large avoid defining the concept of multiculturalism, are based on a reaffirmation of “Western values” and strengthening of national identity. These statements express the need to review the policies on integration of immigrants, in the sense that they should be more active and voluntarist, more organized by the state and more supported by the EU. In the background, one can see fear for Islamic extremism, but also the idea that the nation states can put some obligations on immigrants, and that for a too long time we have been focusing on “those who arrive”, rather than on “the society that welcomes them”.
This book intends to address the relationship between, on the one hand, cultural diversity resulting from migration, and, on the other hand, social cohesion and social justice within Western societies. In order to do this, the authors examine what can be described as two contradictory trends in recent public policies towards foreign people or people with a foreign origin: first, the policies against ethnic, racial and religious discrimination; and second, new harsh integration policies for newcomers in Europe. This book aims to provide a trans-disciplinary analysis of the construction of “otherness” in North America and Europe.